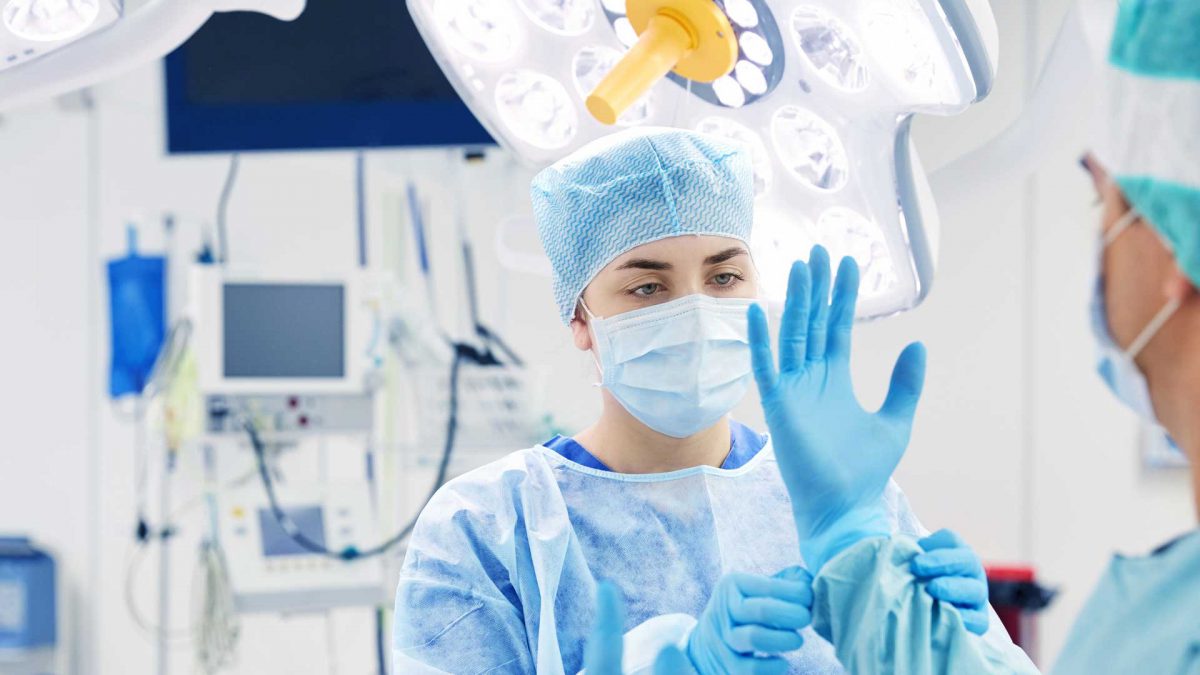 “We are a for-reference laboratory that produces diagnostic testing,” said Randy Peters, who serves as chief executive officer of Med-Lake. “We are high-complexity and we are certified. We specialize in blood chemistry, toxicology and also PCR testing.”

For the last two months, Med-Lake Laboratory has been extensively involved in conducting COVID-19 testing.
“We’re producing right now around 200 to 400 tests per day for COVID-19,” Peters said last week in an interview with The Union-Recorder.

Peters explained that the testing is conducted for companies throughout Georgia.
He said Med-Lake Laboratory also has a footprint in other states including Kentucky, Alabama and Colorado.
“We actually work with providers whose names have been sent to us from other labs,” said Brandi Richardson, a member of the management team at Med-Lake Laboratory. “We become a direct link to them so they can get this testing done quicker.”

Asked about the turnaround time for COVID-19 testing, Peters replied that it’s anywhere from 24 to 72 hours, once the specimen has been received.

“We have conducted a lot of testing for various facilities here in Milledgeville and Baldwin County since this pandemic began,” Peters said. “We have also done some testing with some local nursing homes and also some local testing with physicians’ offices.”

Peters said most of the work that had been done by Med-Lake has been through the Georgia Department of Public Health (DPH). “We have been involved with them mostly in documenting positive cases of COVID-19, so they have accurate reporting,” Peters said.

The CEO said the local company is also working with the state to produce 200 COVID-19 tests per day.
“That’s not yet been approved, but we have been on calls since last week in an effort to try and make that happen,” Peters said.

Peters said last week that he also has been involved in discussions with officials of the Georgia National Guard to help set up a drive-thru testing site in Milledgeville and Baldwin County is “one of the hot spots right now.”

“Obviously, resources at this time for PPE, as well as swabs being allocated is a major issue,” Peters said. “So, one of the concerns that we have is finding enough swabs to do 200 patients a day.” He said state Rep. Rick Williams (R-Milledgeville) and state Sen. Burt Jones (R-Jackson) have been supportive in helping them get access to such supplies.

“Rick Williams has been very, very involved and extremely helpful in trying to initiate this, and now we’re making some good progress,” Peters said. “The ball is definitely moving in the right direction at this time.” Peters said the more testing, the better off everyone will be in the long-run.

Med-Lake Laboratory does not provide walk-in service for patients.
“That’s never been our business model to have people coming into our lab to get any kind of testing done,” said Ashley Smith, co-owner and co-manager of the local lab. “We have a courier service and they run all over the state of Georgia. The courier service vans bring the specimens back here to our lab every day from physician offices and then we perform the testing.”

All Drive-Thru Testing Available, Appointments are required at this time.Click for details.
+